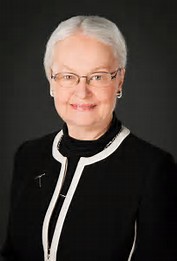 The University of Texas at El Paso

Diana Natalicio was named president of UTEP in 1988. During her long and distinguished career with the University, Dr. Natalicio has also served as vice president for academic affairs, dean of liberal arts, chair of modern languages department and professor of linguistics. Her sustained commitment to provide all residents of the Paso del Norte region access to outstanding higher education opportunities has helped make UTEP a national success story.

During Dr. Natalicio's tenure as president, UTEP's enrollment has grown from 15,000 to nearly 24,000 students, who reflect the demographics of the Paso del Norte region from which 90% of them come. More than 80% are Mexican American, and another 5% commute to the campus from Ciudad Juárez, Mexico. UTEP is designated as a research/doctoral university, recognized nationally for both the excellence and breadth of its academic and research programs.

In 2017, Dr. Natalicio was named one of Fortune magazine's Top 50 World Leaders. She was honored with the Hispanic Heritage Award in Science, Technology, Engineering, and Math, and she was included on the 2016 TIME 100 list of most influential people in the world. In 2015, The Carnegie Corporation of New York honored Dr. Natalicio with its prestigious Academic Leadership Award in recognition of her exceptional achievements during the transformation of UTEP into a national public research university. In 2011, the President of Mexico presented her the Orden Mexicana del Aguila Azteca, the highest recognition bestowed on foreign nationals. She also received the TIAA-CREF Theodore M. Hesburgh Award for Leadership Excellence and the Harold W. McGraw, Jr. Prize in Education, was inducted into the Texas Women's Hall of Fame, and honored with the Distinguished Alumnus Award at The University of Texas at Austin.