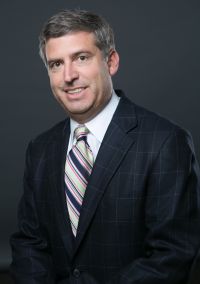 Alan joined the University of Texas System in February 2009 in the Office of General Counsel where he advised senior management, human resources and other in-house attorneys at the fifteen different educational and health institutions.  Alan provided advice regarding governance and compliance, higher education issues, employment-related matters, contracts, policies and procedures, internal investigations, and other general litigation issues. In March 2012, Alan became a member of the Office of Academic Affairs (OAA) where he currently serves as the Associate Vice Chancellor of Academic Affairs & Athletics Counsel.

In his role as Associate Vice Chancellor for Academic Affairs, Alan provides strategic advice to the Executive Vice Chancellor for Academic Affairs on a wide range of issues concerning the eight academic campuses in the UT System.  Alan oversees administrative and policy issues concerning the general academic institutions.  He collaborates with senior campus leaders to address critical issues and changes facing the campuses, including the formulation and implementation of new policies, development of new initiatives, and management of media sensitive issues.  Alan oversees and coordinates the handling of all student & faculty complaints from the academic institutions.

Alan played an important role in the development and support of the UT Austin Dell Medical School and the UT Rio Grande Valley School of Medicine, and continues to work closely with the Office of Health Affairs regarding initiatives for these Schools.  Alan consults with and advises the Board of Regents Office regarding complex business, operational, management and legal issues facing the academic campuses.  He is also the OAA Liaison to the Office of General Counsel, and works closely with this Office to resolve various legal issues facing the academic institutions, as well as analyze and coordinate contracts for the campuses.  He collaborates with the Office of Governmental Relations concerning State and Federal legislative matters impacting the higher education industry.

In his role as Athletics Counsel for the System, Alan works with the athletic directors and athletics compliance officers to ensure that each academic institution is in compliance with all university, conference and NCAA rules and regulations governing the intercollegiate athletics operations at each campus.  Alan is responsible for drafting and negotiating employment contracts for athletic personnel at the academic institutions.  In addition, Alan, in coordination with the Office of General Counsel, handles all athletic related personnel issues including employment law matters and litigation.

Alan received his Bachelor of Science in Psychology from Louisiana State University in 1996 where he was a member of the Psychology National Honor Society. Alan received his Juris Doctor from Tulane University Law School in 1999. Alan practiced law at the Texas Office of the Attorney General for 2 years.  Alan then practiced law at Clark, Thomas & Winters for several years before joining Thompson & Knight, LLP, in 2005 where he focused on health law, employment law and civil trial law.