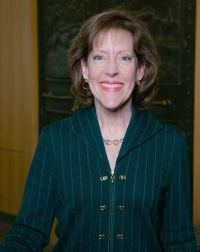 Amy Shaw Thomas is the Senior Vice Chancellor for Health Affairs with The University of Texas System in Austin. In this capacity, Amy advises the UT System Board of Regents, Chancellor, Executive Officers, health and academic institution presidents, and senior leadership on complex business, operational, management, regulatory, legal, public policy and legislative issues affecting UT System. She also provides strategic advice and leads negotiations on health initiatives, transactions, and affiliations on behalf of UT System institutions, with their public and private healthcare and other partners. She actively identifies and convenes UT System institutions around areas of mutual interest and opportunity, to advance collaboration and maximize the collective scale, scope, and assets of the UT System.

Prior to this appointment, Amy served various roles within UT System, including the Executive Vice Chancellor for Health Affairs ad interim, as an Executive Officer and the Vice Chancellor for Academic and Health Affairs, where she played a key role in the development and support of the new UT Austin Dell Medical School and the UT Rio Grande Valley School of Medicine.

Amy joined The University of Texas System Office of Governmental Relations in January 1997 and the Office of Health Affairs in September 2002. Amy previously worked as Legislative Counsel and Director of Debt Management and Public Policy for Senator Kay Bailey Hutchison when she was Texas State Treasurer. She also served on the staff of a U.S. Senator in Washington, D.C., and two members of the Texas Senate. She practiced public finance and general governmental law with the firms of Hutchison, Price, Boyle & Brooks and Wickliff & Hall. Amy is a Phi Beta Kappa graduate of The University of Texas at Austin, with a Bachelor of Arts degree with Special Honors in Government, and a Doctorate of Law from The University of Texas School of Law. She currently serves on the board and executive committee of the Downtown Austin Alliance, the board of the Austin Healthcare Council, the board of the Texas Methodist Foundation, and was an active member of the Austin Area Research Organization (AARO) for many years.