Teaching has been the most enjoyable and rewarding experience of my professional career. I am excited everyday by the opportunities that I have to bring together my interests, my background, and my experience as a practicing engineer to help educate students.

Robert Hart is a Clinical Associate Professor in the Mechanical Engineering Department at the University of Texas at Dallas. He received his doctorate in Mechanical Engineering from the University of Texas at Austin. He also holds a Bachelor’s and Master’s degree in mechanical engineering from the University of Houston. Robert is a licensed professional engineer in Texas. Prior to his time at UT Dallas, he worked for eight years a research engineer in the Multiphase Flow Section of Southwest Research Institute in San Antonio, Texas. He also spent two years as a project engineer at Caterpillar Compression Systems in Houston, Texas. After joining UT Dallas in 2012, he developed the capstone course sequence in the newly-formed mechanical engineering department and has been responsible for teaching it since. Robert also serves as a Director for the UTDesign program, which facilitates corporate sponsorship of engineering capstone projects at UT Dallas. His professional interests are in the areas of engineering education, fluid mechanics, and thermal science. Robert is an active member of ASME and ASEE and he currently holds leadership positions in both organizations. 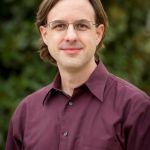 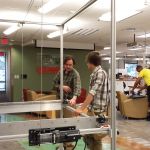 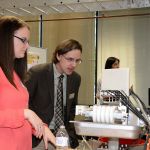