Teaching helps me build relationships with my students, my campus, my community, the subject matter I study, and with myself. I love learning and I love sharing what I learn - I can't imagine doing anything else but being a teacher!

I always wanted to be a teacher. As a child, I wanted to write on the chalkboard. In high school, I wanted to teach my two favorite subjects, English and Debate. As a college sophomore at the University of Texas at Austin, sitting in Dr. Kate Frost’s Shakespeareclass, I knew I wanted to be a college professor. My degrees are in English, but my work on the intersections between gender and religion brought me into the world of Religious Studies, where I served as Director of the program at the University of Texas at El Paso. My passion, however, remains teaching.

I still get excited before each class. I love what I teach and I cannot wait to get into the classroom. We've all heard the warning never to discuss politics or religion. In my classes, we talk about everything. Early in each semester, I ask for a volunteer to tell the class the story of the Emperor's New Clothes, the folktale of the vain Emperor tricked by two sly tailors into believing that they've made him an expensive suit only the most refined persons can see. The Emperor and his subjects are too embarrassed to admit that they aren't sophisticated enough to see this fine suit. Finally, a young child blurts out the obvious, "The Emperor is naked!"

Higher education often feels like a retelling of the Emperor's New Clothes. Students arrive at university terrified they don't belong. At UTEP, many of our students do not feel prepared. Some of them are the first in their family to attend a university; many did not take advanced courses in high school; some are English language learners; many are attending school while working demanding jobs and raising families; some have taken time off between high school and college. One skill they develop quickly is how to fake it; how to pretend they see the new suit that doesn't really exist. This is a survival skill that they think they need.

It's up to caring instructors to let them know that it's okay to admit the obvious, to ask questions, to let down their guard. I work very hard to create an atmosphere of trust where my students know they can safely ask questions without fear of judgment because they truly want to know more about the topics we're discussing. What I do matters. Having a job that you know makes a real difference in the lives of your students and in your community is a tremendous gift and a serious responsibility. Most of my students have never met a Muslim, or a Hindu, or a Jew. I’m their initial contact with the beliefs and practices of these unfamiliar traditions. I have to get it right. Not just the academic content, but what it might be like to be a person of that faith and why religion should be seen as a valuable topic worthy of study.

Providing students with a safe space to discuss religion allows them to explore without feeling pressured to defend their own beliefs or attack the beliefs of others. They can ask questions they might worry are offensive but about which they are truly curious. They can investigate their prior expectations. They can begin to understand that their way of seeing the world is one way out of many. They can hopefully become lifelong learners who appreciate our global village. 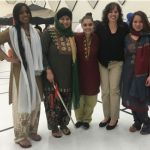 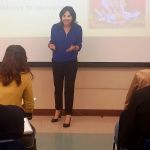 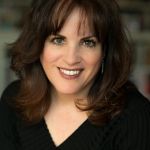