Teaching has nudged me to become a different sort of person, a person I'm still working to become: someone who listens more than she speaks; someone who works to help others shine; someone slow to suspicion and ready to give others the benefit of the doubt. Teaching has impacted my life because when I do it right--and I don't always--the job makes me a better human being both in and out of the classroom.

Kathryn Hamilton Warren is a Senior Lecturer and the Graduate Coordinator for the English Department. She earned her PhD and MA from the University of Texas at Austin, writing her Masters thesis Cabeza de Vaca’s 16th-century travel narrative, La Relación, while her dissertation, "American Callings," focused on representations of and engagements with humanitarianism in turn-of-the-century American literature. At the University of Virginia, from which she graduated with High Distinction, Kathryn wrote an Honors thesis on the poetry of Sylvia Plath. An academic with broad areas of interest, at UTA Kathryn teaches 19th- and 20th-century literature (both American and British), literary theory, and freshman composition. In her own writing, Kathryn explores such topics as empathy, ethics, and humanitarianism by drawing on the experience of teaching students to value and pay attention to literature. Her essays have appeared in the journal American Literary Realism, The Chronicle of Higher Education, and Vox.

Born in Mexico to American diplomats, Kathryn lived in Greece, Peru, and Costa Rica before completing high school and college in Virginia. She spent two years working at Oxford University Press in New York City but left to be a Peace Corps Volunteer to Togo just after September 11, 2001. After concluding her service, Kathryn lived in Guatemala, where her diplomat parents were assigned, before beginning graduate studies at the University of Texas at Austin. She now lives in the Oak Cliff area of Dallas with her family. 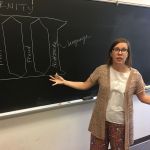 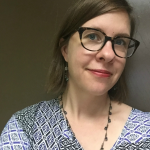