Erika Bsumek earned her BA from the University of Utah and her Ph.D. from Rutgers University. She has been teaching at UT Austin since 2002. She writes and teaches on Native American history, environmental history/studies, the history of the built environment, and the history of the U.S. West. She is author of the award-winning Indian-made: Navajo Culture in the Marketplace, 1848-1860 (University Press of Kansas, 2008) and the co-editor of a collection of essays on global environmental history titled Nation States and the Global Environment: New Approaches to International Environmental History (Oxford University Press, 2013). Her current research explores the social and environmental history of the area surrounding Glen Canyon on the Utah/Arizona border from the 1840s to the present. The working title of the book is "Damming Zion: Race, Religion, and the Fight for Resources on the Colorado Plateau, 1800 to the Present." She is also working on a larger project that examines the impact that large construction projects (dams, highways, cities and suburbs) had on the American West, which is tentatively titled "The Concrete West: Engineering Society and Culture in the Arid West, 1900-1970." She has written Op-Eds for publications such as Time, the Austin American Statesman, Huffington Post, Al Jazeera America, and Pacific Standard and is currently a Provost's Teaching Fellow. She has also developed digital timeline software for use in history courses and is one of the core faculty members behind the Radical Hope Syllabus Project. 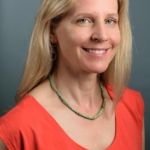 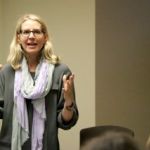 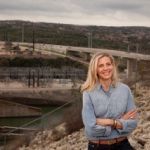