Department of Chemistry and Biochemistry

Sean C. Butler received his Bachelor of Science degree in chemistry from The University of Texas at Tyler in 2004. He then went on to graduate school at The Ohio State University in Columbus, Ohio that same year. While in graduate school, he studied organic chemistry and was involved in a variety of projects centered on the total synthesis of natural products. He graduated from Ohio State in the spring of 2011 and began his career at UT Tyler in the fall of the same year. He enjoys being in the classroom with students and teaching undergraduate laboratory courses. He has been privileged to receive the Donald L. McClaugherty Departmental Teaching Award as well as the Provost’s Excellence in Teaching Award.

Butler’s academic interests involve chemical education, synthetic organic chemistry, peptide chemistry, medicinal/pharmaceutical chemistry, and chemical outreach through the community. During his time at UT Tyler, he has mentored more than 25 students that have presented their research at local, regional, and national chemical conferences. Many of these students have gone on to become physicians, research or industrial scientists, pharmacists, and others have decided to become teachers themselves to spread their love of science to future generations. Butler has been married to his wife, Samantha, since 2010 and they are expecting their first daughter in October. When he is not involved in teaching, Butler enjoys photography, visiting national parks, and woodworking. 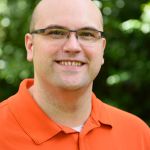 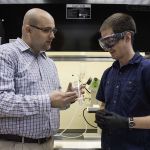 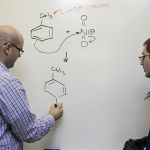 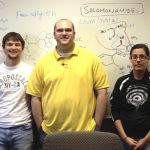 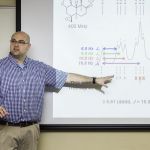