Gregg R. Dieckmann received his B.A. in chemistry and computer science from DePauw University, Greencastle, IN, in 1988. His master's (1990) and Ph.D. (1995) in chemistry were obtained at the University of Michigan, Ann Arbor, in the laboratory of Vincent L. Pecoraro. Dieckmann then moved to Philadelphia where he worked in William F. DeGrado's laboratory as a postdoctoral research associate at the University of Pennsylvania from 1995 to August 1999.

A major interest of his is in education, specifically in making chemistry and related areas interesting and accessible to students. Dieckmann's fields of teaching specialization include inorganic chemistry, general chemistry and protein biochemistry/biophysics. Over the last several years a primary focus has been in “retooling” General Chemistry curriculum to meet new challenges in growth and to bring about significant improvements in student engagement, access and performance. General chemistry plays a critical role as a gateway course to student success in the science, technology, engineering and mathematics (or STEM) disciplines. These efforts have involved interventions in the chemistry lecture courses (CHEM 1311 and 1312) and a complete redesign of the laboratory co-requisites (CHEM 1111 and 1112), and they are providing a general framework for success in large enrollment science and math courses on the UT Dallas campus.

The overall theme of the research in Dieckmann's lab at UT Dallas has been to use protein design, engineering and modified solid phase peptide synthetic methodologies to create novel biopolymers, novel bio/nano hybrid materials, and useful models for metalloproteins. The current primary research foci include the following:

Bioadhesives: the design of protein-based biopolymers that display bioadhesive properties in aqueous environments—how do various organisms create materials that are used to adhere to foreign and varied surfaces, and do so in a challenging water medium? Dieckmann and his lab have launched a new research project, the ultimate goal of which is the creation of novel protein-based adhesive systems that can function in aqueous environments. A handful of organisms, including mussels, barnacles, tube worms, and various frogs have solved the challenging problem of creating “glues” and “cements” out of biological molecules that can function in water. Dieckmann's interest is in understanding how these molecules accomplish this task, and then in the creation of novel idealized systems based on these native structures that can used in biomedical applications.

Bionanotechnology: the design of protein motifs that generate noncovalent functionalization of the surface of carbon nanotubes and other nanomaterials—can the biopolymers be used to provide new and desirable properties? There is intense interest in exploiting the novel properties of carbon nanotubes (CNTs) for use in such diverse applications as sensors, molecular electronics and synthetic muscles. However, as manufactured, CNTs are hydrophobic, form tangled aggregates, and are only slightly soluble in most organic solvents and are insoluble in water (difficult to interface with biological systems). Detergents used to solubilize CNTs in water disrupt cellular membranes and are incompatible with many biological applications. Covalent modification with polar groups interferes with CNT properties. Alternatively, CNTs can be noncovalently associated with polypeptides providing a biocompatible surface that exploits the structural diversity of peptides. Dieckmann's and his lab's major contribution in the field of nanotechnology and CNT chemistry is the design and synthesis of peptides that noncovalently bind and functionalize CNTs. These designed peptides constitute a new set of powerful tools for the manipulation and generation of new CNT properties. This approach allows Dieckmann and his team to: (1) create small folded peptides designed to optimally interact with CNTs; and (2) incorporate “non-natural” functionalities, such as amino acids (AAs) with unique side chains or backbones, and AAs with different chiralities (D-AAs). The first peptide design (family of amphiphilic -helical peptides) has been characterized and not only shows the ability to bind to and disperse single-walled CNTs, but also aligns the CNTs over long distances and assembles them into macromolecular complexes. They have also published on the use of a new class of peptides, reversible cyclic peptides, for the dispersion and functionalization of single-walled CNTs. These are being modified for applications from preparative purification of CNTs based on diameter, to control of CNT surfaces and architectures for materials applications. A third class of amphiphilic peptides—surfactant peptides—has been designed for the interrogation of individual amino acid interactions with CNT surfaces and their impact on CNT electronic properties. Future directions involve the use of designed peptide-based molecules to create 3D architectures that incorporate both CNTs and other nanoparticles of interest (e.g., gold or silver nanoparticles, etc.). 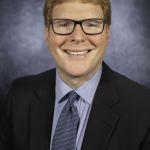 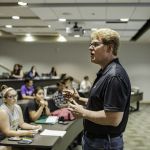 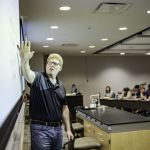 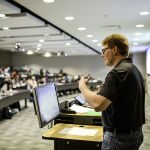 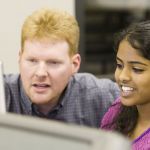 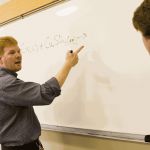