Giulio Francia was brought up in in Mozambique and in Swaziland, in the South Eastern corner of Africa. Few things seem constant in Africa; somehow there is often a British school not too far away, and that led Francia's parents, Giorgio Francia and Lidia Baiocchi, to enroll him into this educational system. Francia stayed with it, eventually moving to Bristol University in the United Kingdom, where he earned a first class honors degree in Biochemistry. It was in Bristol that he first learned that many cancers are deadly because of the process by which they spread throughout the body - and that concept intrigued him.

After Bristol, Francia studied for a Ph.D. with Professor Ian Hart at the Imperial Cancer Research Fund (ICRF) in London, UK, which has since evolved into Cancer UK. Francia worked with Professor Hart on the biology of how cancers spread.  Having completed his graduate work, Francia moved to Toronto, Canada, where he trained with Professor Bob Kerbel on new ways to use chemotherapy to treat advanced cancer.

In 2012, he took up a faculty position at UTEP, where he teaches biology and researches ways to prevent the growth of cancers after they migrate from their starting place to other parts of the body.

Francia teaches freshman biology, and senior cancer biology. Many undergraduate students start in his classes, and then join his laboratory, and three of them are now his Ph.D. students. Together, they study the biology of tumor spread, a process also known as metastasis. The aim of Francia and his students is to first learn from the cancer researchers of the past, and then to test new ideas that may lead to future cancer therapies. 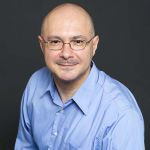 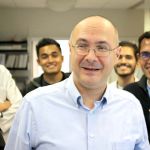 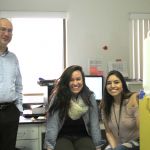 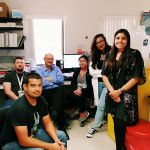 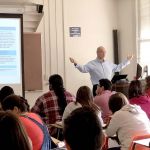 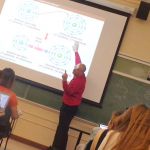 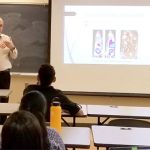