I believe that the most inspiring and impactful teachers display an obvious enthusiasm for both what they teach and who they teach. My motivation to be an outstanding teacher therefore comes from my passion for music, my love of students, and my dedication to lifelong learning. It is a joy and privilege to help UTSA music students explore the ways in which a deeper understanding of music theory can enhance their skills, enrich their performances, and broaden their perspectives. These students inspire me to continue learning and improving as I strive to have a positive influence on their development as both individuals and music professionals.

Stacey Davis holds Ph.D. and M.M. degrees in music theory from Northwestern University and a B.M. in violin performance from Arizona State University. She joined the faculty of the University of Texas at San Antonio in 2002 and is currently Associate Chair of the Department of Music and Associate Professor of music theory. At UTSA, Davis teaches a variety of undergraduate and graduate courses, including the two-year core music theory/ear training sequence, analysis of rhythm and meter, psychology of music, and music theory pedagogy. She is a 2019 recipient of the UT System Regents’ Outstanding Teaching Award and a member of UTSA’s Academy of Distinguished Teaching Scholars. In her research, Davis seeks to make connections between the analysis of musical structure, empirical research in music cognition, studies of expressive performance, and music theory pedagogy. Her published articles have appeared in Music Perception, Psychology of Music, Musicae Scientiae, Music Theory Online, Journal of Music Theory Pedagogy, BACH: Journal of the Riemenschneider Bach Institute, Understanding Bach, and the upcoming Routledge Companion to Music Theory Pedagogy. Portions of this research have also been presented at leading music theory, music psychology, and music education conferences, including the International Conference on Music Perception and Cognition, the International Conference on Baroque Music, the College Music Society, the Society for Music Perception and Cognition, the Texas Society for Music Theory, and the Texas Music Educators Association. 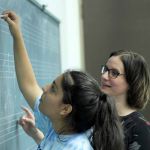 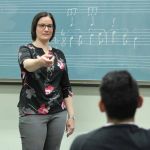 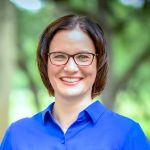