Department of Biochemistry and Structural Biology

My goal as an educator is to teach students how to become life-long learners.  While we must transmit to students the knowledge that is available to us today, I believe it is even more important to teach students to become critical thinkers, so that they will be able to advance knowledge in their own right if they choose to embark on research oriented careers, or be able to incorporate new knowledge into their clinical practice if they choose a service oriented career. It is tremendously rewarding to see my students go on to excel in their own independent careers.

Dr. Lafer earned a BA in Biochemistry from Brandeis University in 1978 where she carried out research in the laboratory of Robert Abeles, followed by a PhD in Biochemistry from the Tufts University Sackler School of Biomedical Sciences in 1983 where she carried out research in the laboratory of B. David Stollar.  From 1982-1986 she was a post-doctoral research fellow in the laboratory of Alexander Rich at the Massachusetts Institute of Technology (MIT). In 1986 she took up the position of Assistant Professor at the University of Pittsburgh, and was promoted to Associate Professor with tenure in 1992.  In 1994 she moved to the University of Texas Health Science Center at San Antonio (UTHSCSA) where she is currently a tenured Professor in the Department of Biochemistry and Structural Biology, and also serves as the Scientific Director of the UTHSCSA Center for Macromolecular Interactions.  She has led a vigorous research program with continuous NIH funding for the last 33 years to study fundamental mechanisms of protein complex assembly and disassembly, having published more than 100 papers.  She also has an extensive record of accomplishments as an educator.  She plays a leadership role in both the Graduate and Medical student curricula.  Her excellence as an educator was formally recognized with a UTHSCSA Presidential Teaching Excellence Award in 2017. 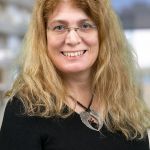 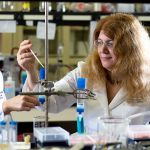 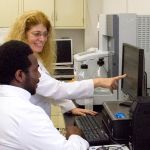 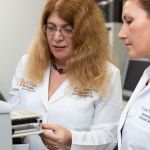