Department of Theatre and Dance

Charles O. Anderson, a native of Richmond, Virginia, is associate chair of the Department of Theatre and Dance and head of the dance program at The University of Texas at Austin. He is founder and artistic director of dance theatre X, the critically acclaimed afro-contemporary dance-theatre company he founded in 2003 in Philadelphia. He received his BA from Cornell University and his MFA in Dance from Temple University. Among his achievements in afro-contemporary choreography and dance theatre, Anderson was selected as one of “The 25 Artists to Watch” by Dance Magazine and is a Pew Fellowship in the Arts recipient. His professional work has been supported by such foundations and organizations as The National Performance Network, The Pew Foundation for Arts and Heritage, The Independence Foundation, The Puffin Foundation, and The Philadelphia Cultural Fund. He is the first Texas-based independent artist to receive the prestigious National Dance Production Grant awarded by the New England Foundation for the Arts. Anderson is deeply committed to arts and education as sites for enacting social justice, his choreographic work set upon undergraduate students has twice been nationally showcased at the Kennedy Center through the American College Dance Festival Association and he has also been twice recognized for outstanding achievement in experimental dance theatre by the Kennedy Center American College Theatre Festival. Anderson recently founded an MFA in Dance and Social Justice at The University of Texas at Austin, a two-year program that is fully funded. Anderson also serves on the faculty of The American Dance Festival and is the president of the Council of Dance Administrators (CODA). 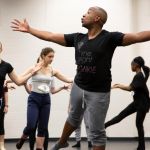 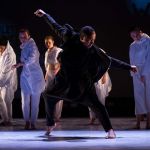 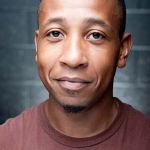