Department of Chemistry and Biochemistry

“There are no bad students, only bad teachers.”

The motto above, garnered from one of his Chinese mentors, may seem controversial to many colleagues. In Chuan Xiao's humble opinion, it is very easy to use students’ qualities or their lack of motivation as an excuse for unsatisfactory teaching outcomes. However, it takes courage to admit that teachers should do better and exert ourselves to seek better teaching methods. If any of Xiao's teachers had given up on him as a “bad student”, he might not have become a professor teaching at a university as he is now. Xiao's professional career development has been largely influenced by many great teachers who have inspired him. Xiao is immensely grateful for them and holds their words very near and dear while wishing to pass their wisdom along to his own students. Xiao truly believes that it is the teacher’s obligation to find the best way to encourage students to learn and to find unique teaching methods that meet students’ individual needs.

Growing up in China, Xiao was thought to be a very naughty boy or “bad student” during elementary school. He received the nickname River, the translation of his first name, when he started learning English in high school. It was also in high school when Xiao realized his aspirations to become a faculty member as he looked up to his parents, who are both researchers, and many of his maternal relatives who were teachers. Later, the examples set by several of his own teachers and mentors continued to shape his career path and encouraged him to follow in their footsteps. For instance, one high school biology teacher seeded the interest of life sciences in Xiao’s heart when she freed him from sitting in the classroom but gave him access to a little lab where he could do his own experiments. This unique experience enlightened Xiao’s intrinsic curiosity to learn about living things. Since then, it has become Xiao’s career goal to be a scientist to carry out research to understand fundamental biological processes.

Xiao started his professional scientific research training in 1992 when he joined the Chinese Rice Genome Project at Fudan University as an undergraduate student. In the following years, Xiao finished the sequencing of multiple important genes in rice for the first time and later received his MS degree there. In 1998, he came to the United States to pursue his PhD degree at Purdue University in the laboratory of Dr. Michael Rossmann, a world-renowned scientist who has contributed significantly to the field of protein structure. There, Xiao acquired systematic training of structural techniques such as X-ray crystallography and cryogenic electron microscopy (cryo-EM). His PhD research was focused on studying several human common cold viruses. After receiving his PhD degree in 2005, he remained in Dr. Rossmann’s lab as a post-doctoral fellow to take on the challenge of working on the structure of Mimivirus, the largest virus known at that time.

After arriving at The University of Texas at El Paso in 2008 as a faculty member, Xiao not only continued his exploration of giant virus structures but also expanded his research to many different areas to study various important biological macromolecules using X-ray crystallography and cryo-EM. Besides doing research, for more than 12 years, Xiao has consecutively taught the undergraduate Biochemistry courses that are considered as the most difficult chemistry courses. Xiao used his nickname and the metaphor of “paddling against the rapid flow of the River” to encourage his students to take on the challenges of biochemistry. Since 2008, more than 2,300 undergraduate students have “paddled in the River,” all the while making tremendous strides in their performances and appreciating the challenge in the end. Furthermore, since 2013, Xiao has participated in several federal grant programs where he practiced innovative educational models and applied them into his classroom. Beyond the classroom, Xiao welcomes any students who are interested in scientific research. Over the years, he has mentored 79 undergraduate and seven graduate students to perform research in his lab. Because of his commitment to teaching and mentoring, Xiao has been selected by graduating seniors multiple times for the best teaching awards as well as received mentoring awards from the university. 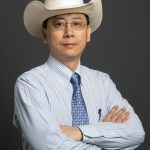 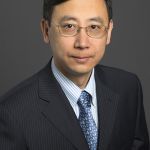 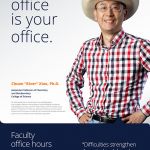 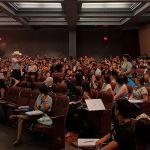 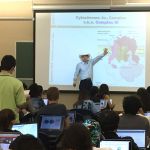 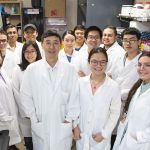 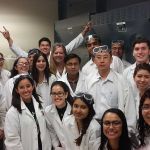 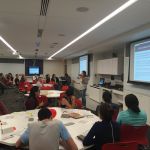