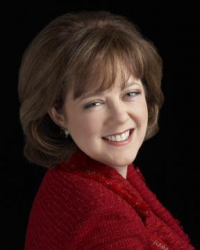 CHRISTINA MELTON CRAIN, ESQ., Dallas, Texas, was appointed to a six-year term on The University of Texas System Board of Regents by Governor Greg Abbott in March 2019 and was confirmed by the Texas Senate on April 17, 2019.

She is the Founder and President/CEO of  Unlocking DOORS®, an innovative Dallas-based reentry organization providing a road to success for countless men and women wanting to start over after involvement in the criminal justice system through a unique model called “Reentry Brokerage®”.

Regent Crain is the former Chairman of the Texas Board of Criminal Justice and is the first and only woman to lead the nine-member board. While at the Texas Department of Criminal Justice, she implemented many successful programs, such as TDCJ GO KIDS and the widely recognized AMACHI Texas mentoring initiative. She has a Texas State prison facility named in her honor - the Christina Melton Crain Unit in Gatesville, Texas.

Regent Crain has received numerous honors and rewards including the Silver U.S. Congressional Medal of Honor for Voluntarism; The University of Texas at Austin’s Young Texas-Ex Award; Oklahoma City University School of Law Distinguished Alumni Award; the Texas Corrections Association Ellen Halbert Victims Advocacy Award; naming as a Texas Monthly Super Lawyer and to D Magazine's Best Women Lawyers in Dallas; and recent recognition by both the Dallas Business Journal with its 2017 Women in Business Award and Altrusa International of Richardson Foundation, Inc.'s Outstanding Women of Today Award in the nonprofit category.

Regent Crain is a third-generation Dallasite and attended Kimball High School. She earned a bachelor’s degree in government from The University of Texas at Austin and a law degree from Oklahoma City University School of Law. In her spare time, Regent Crain is a professional singer.